What is a Fulgurite? 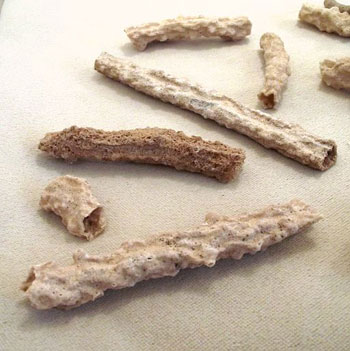 Photo provided by Wiki Commons
A fulgurite is often referred to as "petrified lightning."

When lightning strikes the sand at a temperature of at least 3,270 degrees, the heat melts the silica and fuses the sand into fascinating structures. This takes place within the time frame of one second. The long, slender, hollow glass tubes are below the surface of the sand and can be found by looking for uneven coloring on the sand's surface where the lightning has entered. The glass structure is usually an irregular shape and can be transparent white, black or tan. They are very delicate in nature and are sometimes used in making jewelry.

The very brittle fulgurites break easily while removing them from the sand. Each fulgurite is different and can have a main branch and then many smaller branches that resemble the actual flash of lightning. Some fulgurites are round and hollow while others are flattened into rough shapes caused by the pressure of the sand. 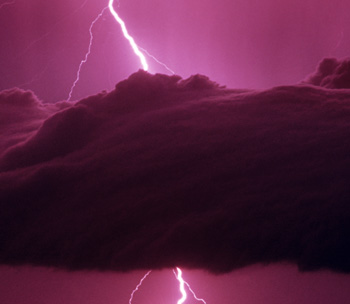 Photography by ToddAndBradReed.com
There are generally two types of fulgurites--sand and rock. Sand are the more common of the two, and the kind found at the Silver Lake Sand Dunes. They have a glassy interior, due to the rapid cooling of the sand after the lightning strikes. Most are one to two inches in diameter. They are also found in Utah's deserts. The longest fulgurite was found in northern Florida, measuring a little over 4.9 meters in length. Mountain peaks are continually hit by lightning, and that's where most rock fulgurites are found.

Fulgurites are used by some people as a tool for prayer and meditation. It is said to arouse energy and help one focus.